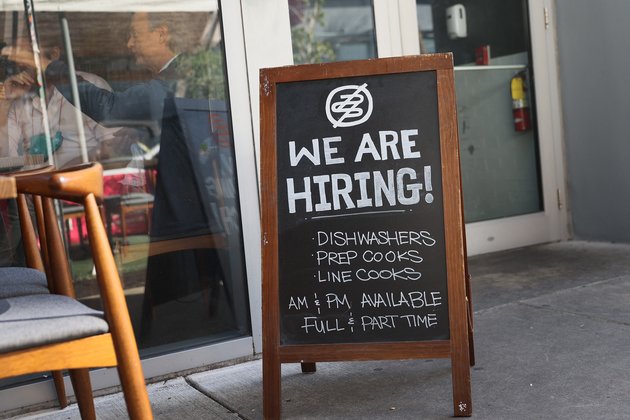 WASHINGTON - The extent to which the fate of the global economy is tied to the performance of the U.S. economy is never quite as apparent as when the Federal Reserve does something surprising, even if the surprise is minor.

That surprise came this week, when the central bank's Federal Open Market Committee suggested that it would probably raise interest rates by a seemingly minor 0.5% in about two years.

Stocks tumbled in Tokyo and London in the hours after the Fed's announcement, not because of the prospect of a small increase in interest rates two years in the future. Rather, it was because of what was perceived to be driving it: intensified concerns about rising inflation, and worries that the Fed is not doing enough to prevent inflation from accelerating to a point at which drastic action might become necessary.

As the U.S. economy comes back to life after a pandemic-driven recession, prices in certain sectors of the economy are rising much more sharply than many expected. Prices for cars, gasoline, food and housing are all up.

This was made plain Wednesday when the committee announced that the median expectation among its members was that annual inflation in 2021 will be 3.4% at year's end, a full percentage point higher than it had predicted in April.

What it all means comes down to the question of who is correct - Fed policymakers or watchful inflation hawks such as Lawrence Summers, the former Clinton administration Treasury secretary, who fears the Biden administration's stimulus policies will spark a serious surge in inflation.

For months, various Fed officials have been patiently explaining that they expect inflation to spike for a little while. The coronavirus pandemic left many families and corporations with excess savings that they want to spend. But because it takes businesses - from restaurants to lumber mills - time to bring their capacity online, there is a shortage of supply.

It's a basic economic equation: Too much money + too few goods = rising prices.

The difference between the Fed and its hawkish critics is the confidence with which the central bankers have assured markets that the price increases truly are temporary. Wednesday's announcement shook the markets because it suggested the Fed isn't quite as confident as it used to be.

"Is there a risk that inflation will be higher than we think?" Federal Reserve Chairman Jerome Powell asked during a press conference Wednesday. Answering his own question, he added, "Yes."

But while it was clearly an admission that the FOMC members' best guess about the pace of inflation had been significantly off the mark, their general expectation is still that inflation will drop again soon, as businesses and manufacturers get back up to speed.

"I would say that it's really a risk management exercise," said Jonathan Wright, a former Fed economist and now a professor of economics at Johns Hopkins University. "They were previously seeing their predominant risk as being to the downside. And now, although that baseline scenario is for inflation being temporarily high ... they are more cognizant of an overheating risk."

What are we worried about?

To be clear, despite a few stray alarmist headlines, nobody is talking about the U.S. being in serious danger of hyperinflation - where prices rise sharply enough to wipe out the value of savings.

The worst-case scenario most economists worry about is a spike in inflation high enough that the Federal Reserve feels compelled to bring it back down by pushing interest rates high enough to trigger a brief recession.

While better than hyperinflation, recessions are still bad for business, which goes a long way toward explaining the movement in the markets after the Fed's announcement. Even a small uptick in the possibility of a recession causes some investors to reassess their risk profile.

Because U.S. demand drives economic growth in countries far beyond its borders, inflation worries in Washington can impact markets around the world. If the Fed had to drive down demand to quell price increases, the move would reverberate across the global economy.

But economists urged caution in assessing the data coming out of the Fed, pointing out that over the term of a couple of years, policymakers' expectations aren't really all that different.

"The median forecast of the unemployment rate at the end of 2023 is unrevised from the March projection, at 3.5%, and the median forecast of inflation in 2022 and 2023 is only 0.1 percentage point higher," said David Wilcox, a senior fellow at the Peterson Institute for International Economics.

So why telegraph a rate increase?

"Against the backdrop of an outlook that is mostly unrevised, the sudden emergence of rate hikes into plain view left some commentators saying the equivalent of 'What gives?'" Wilcox said.

The best answer, he said, is probably the simplest. The Fed said that it would do its best to keep inflation levels around 2% per year, on average. While the central bank does not provide a specific formula for reaching that average, Wilcox points out that with inflation now expected to hit a higher rate in 2021 before falling again, the projections suggest that about two years from now, the average rate of inflation over the preceding five years will be almost exactly 2%.

"If the updated projections prove accurate, it would be perfectly sensible in the second half of 2023 to begin easing up on the monetary gas pedal," Wilcox said.