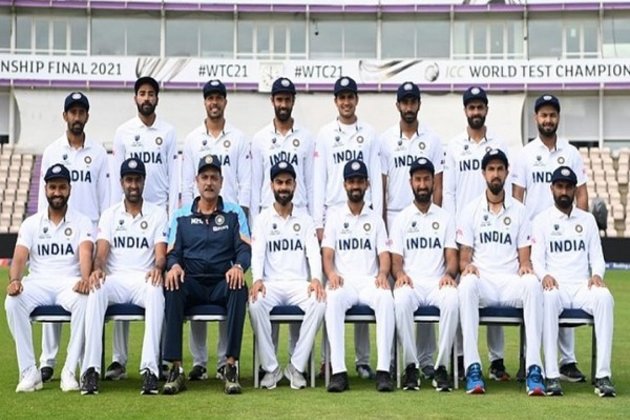 White-ball specialist Hardik -- currently in quarantine in Mumbai for the upcoming limited--overs series in Sri Lanka -- wants the Virat Kohli-led side to bring the WTC title home as 'final Test' awaits the boys.

Meanwhile, skipper Kohli is expecting a high-quality Test match between the top two sides in the rankings and said he doesn't understand the usage of the term 'the nice guys' for the New Zealand team.

"I really don't understand this term that was just used -- I don't think any other team has 'bad guys' in their team," said Kohli in a virtual press conferenc on Thursday.

"We get along very well off the field but when you step across the line, it's business at the end of the day and you need to deal with it accordingly.

"It's pretty serious stuff out there, it's not something that is fun and games and played in a very low voltage environment.

"This is a huge game, a huge Test match and we are certainly looking forward to the opportunity that we have been waiting for a few years now," he added.

On the other hand, Kane Williamson wants New Zealand to use the biggest stage to show the world just how far they've come as he prepares to lead his side into the high octane clash.

The Black Caps were eighth in the ICC Test rankings as recently as 2013 but have been on the rise ever since and victory over England earlier this month ensured they head into the WTC Final against India as the world's number one team in the five-day format.

"There's been a lot of growth over a period of time with so many challenges along the way every day but the team has bought into it and tried to move past those with a good attitude," said Williamson.

"There is a lot of hard work done over a long period of time to find ourselves here in the first final (of the WTC).

"It's exciting but for us it's just focusing on continuing that growth and trying to keep committing to the parts of our game that give us the best chance and that's where I know the guys will be focusing on," he added.

The winner of the much-awaited WTC final between India and New Zealand will take home a purse of USD 1.6 million along with the ICC Test Championship Mace. (ANI)