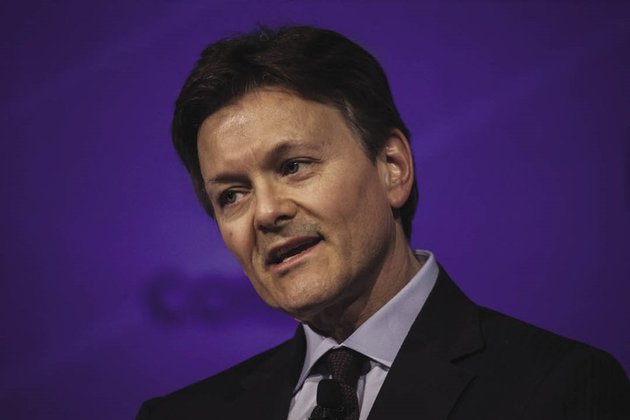 AngloGold Ashanti has had a bad year, with the company's lack of a permanent chief executive officer and a suspension of its Ghana mine operations weighing on the stock. But with shares now cheap compared with peers, analysts see potential for upside.

Shares of the world's third-largest gold producer have dropped 30% in the past year, making it the worst-performing stock in the 113-company Bloomberg World Mining Index. It also trails peers on South Africa's FTSE/JSE Precious Metals and Mining Index, which has gained 20% in the same period.

Investor sentiment began to sour three days after the company's shares rose to a record on July 27. That's when AngloGold's CEO Kelvin Dushnisky shocked stakeholders by announcing his resignation. The stock on Tuesday fell to the lowest since March 2020, and trades at a forward price-to-earnings ratio of 8.5 times compared with 10.8 for the Bloomberg mining index.

"AngloGold is a good turnaround stock at this point, being one of the cheapest large cap gold stocks globally," said Bloomberg Intelligence mining analyst Grant Sporre. Appointing a CEO and resuming mining operations in Ghana "would all be positive catalysts and may be enough for the stock to play catch up to peers, even if gold prices were to flatline".

Five months after the CEO announced his decision to resign, the company's chairperson quit and in May it had to suspend operations at its Ghana mine following an accident.

The company's move to boost its dividend fivefold earlier this year hasn't helped the shares. The key trigger for investors will be the appointment of a permanent head, according to Raj Ray, director of metals and mining research at BMO Capital Markets. Interim CEO Christine Ramon has been running the company since Dushnisky quit last year.

The search for a permanent CEO is a "top priority for the board, which is fully-focused on securing the best candidate for the role", Chris Nthite, an AngloGold spokesperson, said in an email on Tuesday.

While AngloGold is yet to decide on its CEO, rival Gold Fields has had a smooth transition. It named former Anglo American Platinum boss Chris Griffith as head to succeed Nick Holland. Gold Fields' shares have gained 13% in the past year.

Many analysts remain sanguine. AngloGold's recommendation consensus - a gauge of analyst confidence in a stock on a scale of 1 to 5 - stands at 3.7, up from 3 in August last year. Nine analysts forecast the company's shares will rise an average 27% in the next 12 months, according to data compiled by Bloomberg.

AngloGold's share price is poised to rise even if gold prices fall, said Rene Hochreiter, an analyst at Johannesburg-based Noah Capital Markets. That's because "the company is making quite a nice profit", so the target price should be about 30% higher, he said.

Still, investors will be assessing the company's ability to get its key Obuasi mine in Ghana back on track, after the operations were suspended last month following the death of a miner in a fall-of-ground incident.

While the suspension will curb AngloGold's 2021 output, the company is doing an "assessment of the mine design, mine schedule and ground management plans", before resuming production in a phased manner, Nthite said, without giving a timeline.

AngloGold has spent about $545 million redeveloping the Ghanaian operation.

The company also has other challenges. It's battling to repatriate more than $461 million of its profit from the Democratic Republic of Congo, and resolve challenges with value added tax with the government in Tanzania.