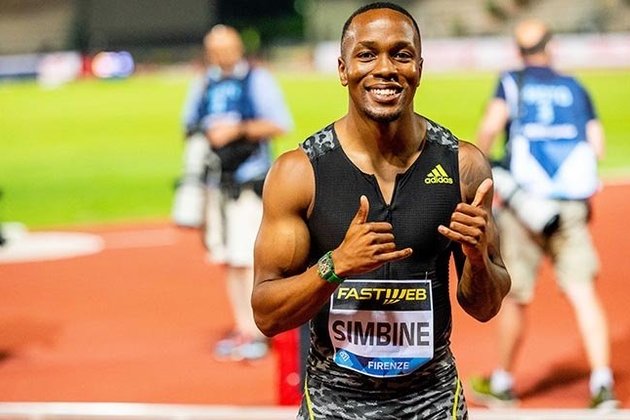 Simbine secured his first Diamond League win of the season, dipping on the line to take the short sprint in 10.08 seconds.

The African and Commonwealth champion edged out British athlete Chijindu Ujah who grabbed second place in 10.10.

"Congratulations to Akani for winning his first Diamond League of the season!" said Athletics SA James Moloi said in a statement. "He has been working very hard with his coach and support staff.

"What he has accomplished can only be through dedication and utmost discipline. His time may not reflect what he is capable of, but his confidence will be highly boosted by the win against a credible line-up of the day.

"We urge all our athletes to make use of every opportunity they may get to compete as competitions are not easy to access especially outside the country during this time of the global pandemic. So, use the competitions currently at our provinces to qualify and to prepare for the Olympics."

The fourth leg of the World Athletics Diamond League series will be held in Oslo, Norway on 1 July.