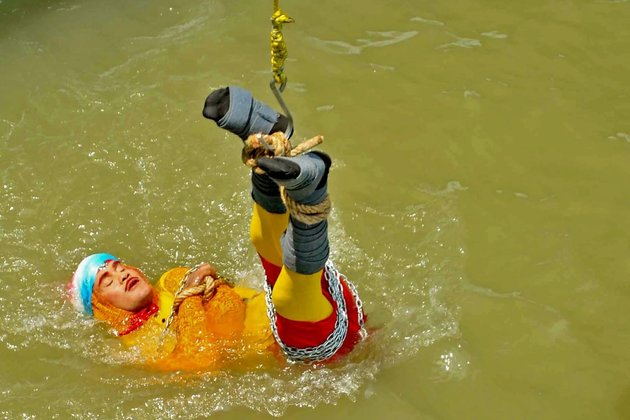 KOLKATA, India– Chanchal Lahiri, a magician from India, disappeared in the Hooghly river after attempting to escape from a chain with six locks.

He set out to emulate the famous Harry Houdini, a legenday magician who was famous for his escape acts.

He was supposed to swim to the banks after escaping, but he didn't, resulting in people gathering by the shore and the Howrah Bridge.

A team of divers and police officers scoured the area.

As of Sunday, they still were not able to locate the magician.

Despite this, in a statement made by one of the officers, he mentioned that they will not declare the magician dead until a body is found.

Jayant Shaw, one of the many photographers during the event told the newspaper press that Mr. Lahiri expressed during an interview that he wants to revive magic, so he was willing to risk his life.

Taiwan reports flyover of 28 of China's warplanes over Taiwan

U.S. seen as more of a threat to democracy, than China or Russia

Grim milestone for UAE, 600,000 Covid cases recorded as of Tuesday